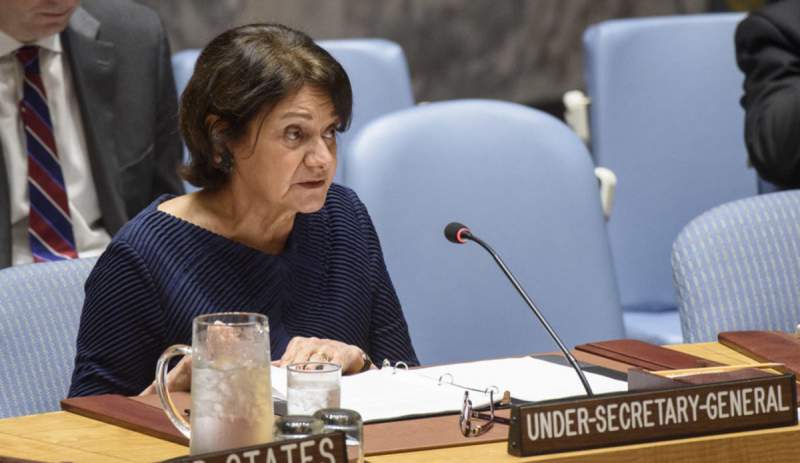 "The Iranian nuclear issue is an important non-proliferation subject, with consequences for regional and global peace and security. In achieving the JCPOA, the concerned countries had shown that their dialogue and diplomacy, supported by a united Security Council, could forge a path to resolving this issue. We hope that these countries and the council can do so again," said DiCarlo, using the initials of the official name of the Iran nuclear deal.

UN non-proliferation efforts seek to prevent the spread of nuclear weapons and technology, to promote cooperation in the peaceful uses of nuclear energy, and to further the goal of achieving nuclear disarmament. These efforts have a bearing on the prevention and peaceful resolution of conflict at both regional and international levels. Full implementation of Joint Comprehensive Plan of Action (JCPOA) and Security Council Resolution 2231, which endorsed the deal, can contribute to regional stability, she told the Security Council in a briefing.

Regrettably, however, regional tensions have increased. The last several years witnessed attacks on critical infrastructure, heated rhetoric and the heightened risk of miscalculation, she said.

"Such actions deepen the differences related to the plan and render efforts to address other regional conflicts more difficult. We call on all concerned to avoid any actions that may result in further escalation of tensions."

UN Secretary-General Antonio Guterres has consistently underscored the importance of the JCPOA and has encouraged all states to support it. He also believes that Iran should address concerns raised about its activities in relation to the restrictive measures, she noted. "As we have stated before, issues not directly related to the plan should be addressed without prejudice to preserving the agreement and its accomplishments."

The re-imposition by the United States of all its unilateral sanctions that had been lifted or waived pursuant to the deal is contrary to the goals set out in the deal and in Resolution 2231, she said.

Iran has stated its intention to remain in the JCPOA, and that the steps it has taken are reversible, said DiCarlo.

UN Secretary-General Antonio Guterres calls on all participants of the Iran nuclear deal to work constructively to address their differences within the dispute resolution mechanism outlined in the deal, she said.

DiCarlo noted the dispute between the US and the majority of Security Council members over the so-called snapback of sanctions against Iran.

While the US insists that international sanctions against Iran prior to the JCPOA have been reinstated, the majority of Security Council members and Iran have made their positions clear that the US was not in a position to initiate the snapback mechanism as provided for in Resolution 2231 since the US was no longer a participant of the deal by the time it was trying to do so in August 2020.