EU and Britain close in on finalizing post-Brexit trade deal, both haggle over fish 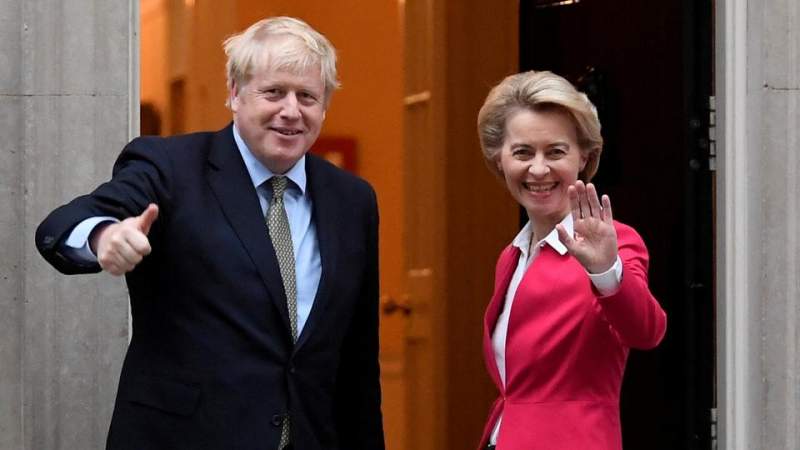 LONDON, 24 December, 2020, (TON): Britain and the European Union were at the point of striking a narrow trade deal on Thursday, raising hopes a chaotic economic break between the two sides on New Year’s Day could be averted, officials said.

After resolving a few remaining fair-competition issues, negotiators tussled over EU fishing rights in U.K. waters as they worked right into Christmas Eve to secure a provisional deal for a post-Brexit relationship after nine months of talks.

Sources in London and Brussels said a deal was close as British Prime Minister Boris Johnson held a late-night conference call with his senior ministers, and negotiators in Brussels pored over reams of legal texts.

“Certainly the momentum and the expectation is that we will get a Christmas Eve Brexit deal and I can tell you that will be an enormous relief,” Irish Foreign Minister Simon Coveney said while  talking to RTE radio.

Haggling over just how much fish such as sole, sand eels and herring EU boats should be able to catch in British waters was delaying the announcement of one of the most important trade deals in recent European history.

“There is some sort of last-minute hitch” related to “small text” of the fisheries agreement, Coveney said.

British Prime Minister Boris Johnson held a Cabinet conference call to brief his senior ministers on the outlines of the deal, ahead of an announcement widely expected later Thursday.

There was no official confirmation of a deal but Johnson was expected to hold a news conference - just seven days before the UK turns its back on the EU’s single market and customs union on  31st December.

Over the past few days, Johnson and von der Leyen have been drawn more and more into the talks and have been in contact by phone seeking to unblock negotiations.

On Wednesday, brokering on quotas and transition times for EU vessels to continue fishing in U.K. waters was in full swing, with progress reported from several sides.

The United Kingdom formally left the EU on 31st January but has since been in a transition period under which rules on trade, travel and business remained unchanged. But from the end of this year, it will be treated by Brussels as a third country. UK is heading for a much more distant relationship with its biggest trade partner.