What is going to happen in the US? 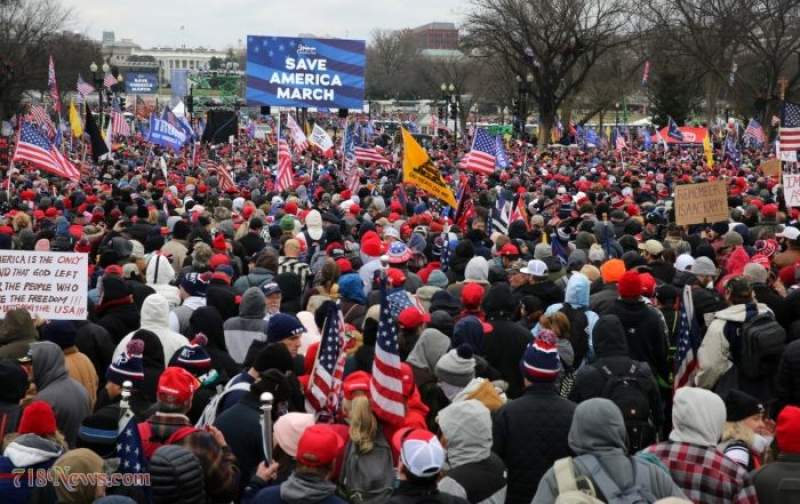 WASHINGTON, 17 January 2021, (TON): Bypassing President Trump approval, orders have started emitting from Pentagon directly. Earlier, President Trump, under the pressure from various institutions and groups, authorized deployment of 20,000 troops during inauguration in Washington. In the recent development, Army Secretary Ryan McCarthy, with approval of the Commander in Chief, has authorized increased deployment of National Guard troops around the United States of America to assist law enforcement with security surrounding the inauguration of Joe Biden. All has been set to establish security checkpoints all around to carryout mass arrests on the pretext of self-engineered violence.

Many American taxpayers fears that Joe Biden will reverse all polices by his predecessors, especially President Donald. Whether it is LGBTQ community or illegal immigrants and asylum-seekers stranded at the border or environment and public health or coronavirus and polio or it is deployment of American troops around the world, endangering the lives of Americans. These people fear that in the name of “more humane policy”, US will continue disturb international peace by foreign-deployments of troops to Americanize undocumented immigrants and small children who are smuggled from war zones and refugee camps to turn them into LGBTQ and seculars.

A group of National Guard troops belonging to LGBTQ community deployed in Washington said, “There should be no mercy for Trump-Pence regime and they need to be executed.” Albert said, “Our hate for Trump and his supporters will not end here; they are beasts and have no place in America”.  If we recall in 1982, under President Ronald Reagan, the Department of Defense argued “homosexuality is incompatible with military service … (and it) adversely affects the ability of the Military Services to maintain discipline, good order, and morale.” In 2010, the US Congress barred the exclusion of gay and lesbian personnel. Five years later in 2015, the military finally opened combat units to women.

Later, President Donald Trump tweeted on 27 July 2017 that transgender people would no longer be allowed to serve in the military, saying the armed forces needed to focus on “decisive and overwhelming victory,” In March 2018, Trump backed a revised policy from then-Defense Secretary Jim Mattis that disqualified most transgender people with a history of gender dysphoria from military service, and people who have undergone gender transition steps. US Supreme Court, on 21 January 2019, approved President Trump's ban on transgender people in the United States Army.

FBI and other agencies have warned of possible armed marches by pro-Trump supporters in all the 50 state capitols but this has been repeatedly denied by the Republican leaders as well as their supporters. As things are being unfolded, there are democratic in the Republicans files since early last year who would disrupt peace and order during inauguration of Joe Biden. Those who would be deployed to control the situation might become supporters in not instrument of violence. There is a need to remain cautious and watchful to identify outsiders with the ranks of peaceful pro-President Trump protesters and administration official engaged in inauguration arrangements, not to let violence capture the democratic stage.