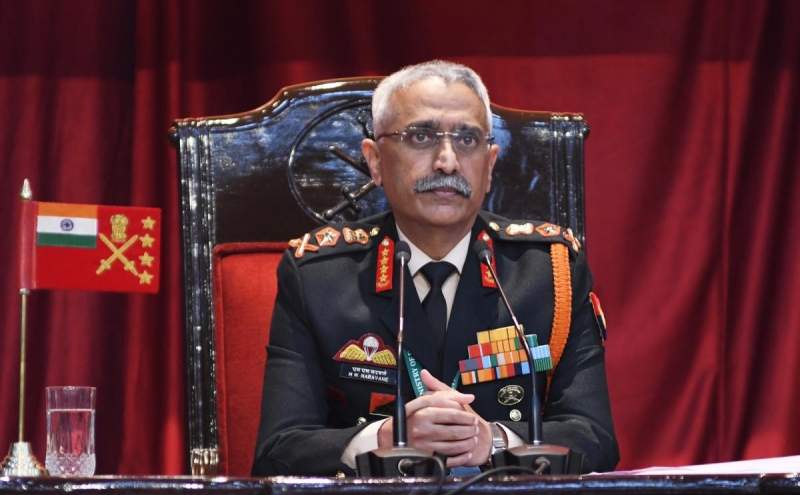 NEW DELHI, 22 January 2021, (TON): With broken heart and in a state of despair, Indian Army Chief General Manoj Mukund Naravane speaking at virtual conference on Army-industry partnership said Thursday, “Self-reliance is a strategic necessity but to achieve it a revolution is needed in bureaucratic affairs. Defence modernization cannot be achieved as it is often held hostage of political and bureaucratic processes and procedures.”  He demanded, “Army should have latitude to override them as we made the rules and should have the override facility.”

While cursing red-tapism, General Naravane said, “defence acquisition process a vicious cycle, we need a revolution in bureaucratic affairs to realize the vision of self-reliance."

Criticizing the Defence Acquisition Procedure (DAP) 2020, General Naravane said it has been aligned to empower domestic industry which increased the FDI in defence production to 74 per cent from the existing 49 per cent but more needs to be done. He said, "While all these initiatives are quite appreciable, there is a lot of work that still needs to be done as entire procurement process is based on distrust".

Pointing out own interpretation of rules as a major concern, General Naravane said, "There are certain inherent procedural lacunae that have crept into the acquisition process which primarily arises due to the overbearing nature of our rules, regulations and guidelines in trying to ensure zero error. "

Meanwhile, sources in New Delhi said on the condition of anonymity that Indian Ministry of Defence has taken strong note and asked Indian Army Chief to put a tab on his mouth. It was realized upon the Indian Armed Forces that Supreme Command of the Armed Forces vests in the President of India and the responsibility for national defence rests with the Cabinet. A high level inquiry is likely to be ordered.